“Ability in the Word Disability” 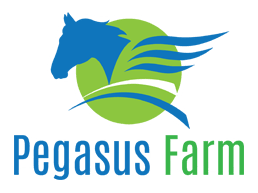 Lucas has been riding at Pegasus Farm since he was five years old. Three years ago, when he started at Pegasus, he needed a support walker to help him move around. After years of therapeutic riding, Lucas has built enough core strength to be able to walk without a walker. Not only has he built physical strength, Lucas has built friendships and confidence.

His mom says the turning point for Lucas has been his relationship with Carl, a volunteer at Pegasus. At first, getting on the horse was frightening, but after working with Carl and bonding with Thor, a grade pony and the oldest horse on the farm, Lucas enjoys riding and even helps put Thor back in his stall. Carl has been a great example for Lucas, and Lucas admires him greatly. After seeing Carl play the harmonica, Lucas asked for a harmonica for Christmas. Now, every week after Lucas’s riding lesson, they have a harmonica lesson too.

Pegasus Farm is one of the largest, most programmatically diverse therapeutic equestrian centers in the United States. Founded in 1985 by three Canton City School teachers, Pegasus Farm has grown exponentially in the years since its founding. The first year, they had five students and two horses and were operating out of a backyard. In just the second year, the program grew to serve 70 students. Now, Pegasus serves over 500 people each year, and has a herd of 36-40 horses.

One of the things that makes Pegasus Farm unique is the wide range of programs they offer. They have programs such as horseback riding, carriage driving, unmounted horsemanship, and recreational equestrian vaulting. In the summer they offer riding camps, art camps, and even an equestrian vaulting camp. The program participants range in age from as little as three years old to 75 years old.

Don, co-founder of Pegasus Farm, shared that “the essence of Pegasus Farm is the ability in the word disability. All programing here at Pegasus we adapt around the word ability. We look to see what someone’s capabilities are and what their abilities are and then adapt the programming around that.” Pegasus Farm not only provides programs and services, it empowers people. It allowed them to achieve and to live more productive and purposeful lives.

One parent shared “My favorite improvement is watching my son grow and discover more about what he can do and become more independent. My dreams for him become more realistic as I watch him change and grow every year with the program.” At Pegasus, they see the ability in the disability and make dreams become reality.

Learn more about Pegasus farm and their programs by visiting their website below.