A Little Bit of Magic Comes to All About Equine Animal Rescue, Inc. 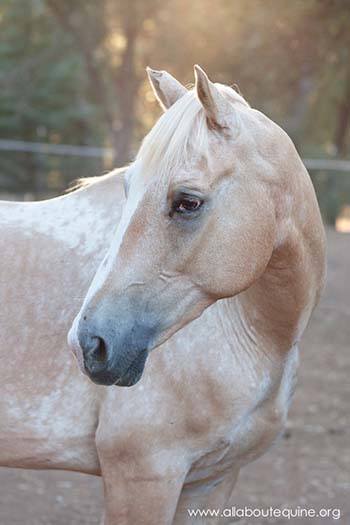 While it could be said that every time we save a horse we work a little magic, in today’s economy, every rescue can use a little extra magic. Our Magic came to us on January 24, 2014 in the form of a horse who needed more than a little magic of his own.

After receiving a plea from a woman who claimed that her sister had abandoned two horses on someone’s property, were starving to death, and one had a “hernia with part of his intestines hanging out”, the Executive Director of All About Equine Animal Rescue, Inc. went out to do a welfare check on the horses. What she found was a sight that would shock even the most hard hearted of humans. There were indeed two horses on the property; both in bad condition. One horse, Love, was so emaciated she could barely lift her head and the other horse, Magic, was not only underweight but was covered in sores and had two visible tumors oozing and hanging from his body. When she asked about the tumors on Magic she was told “oh they said he has had those for at least the last three years, we think they are a hernia”.

Feeling hopeless for the horses, she was not about to leave either horse there to suffer any longer. The decision to bring the horses off of the property was an easy one but not knowing whether they would make it was another story. The horses loaded on the trailer with ease despite their obvious pain and the Director knew that even if she couldn’t save them, they could at least have full bellies and compassionate care at the end of their lives.

The vet was summoned and determined that while Love looked far worse due to her severe malnourishment, Magic’s condition was actually more critical unless treated radically and quickly. But he needed to stabilize first.

Magic had both sarcoid and squamous cell carcinomas that had been left untreated for at least three years, and quite possibly longer. He was going to need surgery to remove the tumors and chemo beads placed in various areas of his body to give him the best hope of making a full recovery.

The first forty eight hours were touch and go. Each volunteer shift began with the uncertainty of whether either of the horses would be waiting to greet us when the gates were opened. The Director checked on them throughout the day and night; each time she approached the quarantine area she did so knowing that one or both of them might not have made it. As each day passed, both horses responded with more energy and a spark of life in their eyes. 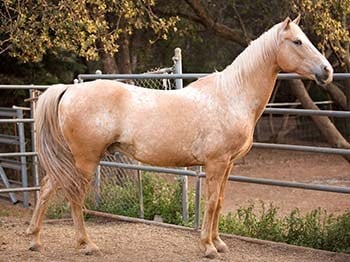 At first it seemed that the cost of Magic’s care was going to be more than we felt we could raise. While we wanted desperately to undo the wrongs that had been done to these horses, we also had to take into account that with the raising price of hay due to the drought in California, we could not put our others animals at risk by being financially irresponsible. This decision was going to be a tough one.

Keeping in mind this horse is named Magic, after all; the cards began to fall in his favor. The vet offered a discount for the needed surgery. By now, Magic had won over the volunteers who were caring for him and treating his wounds. He was in obvious pain, but never lashed out at those who were trying to help him.  The decision was made to hold a fundraising event to see if the cost his care could be offset.

Clearly it was meant to be. The funds were raised and as soon as Magic was strong enough to endure surgery, a date was set for St. Patrick’s Day. What better day for a horse named Magic to receive a little magic of his own?

Magic sailed through surgery with no complications. He had part of his ear amputated due to a large and invasive sarcoid.  Multiple sarcoids were removed from his neck, belly and hip. Three squamous cell carcinoma’s removed from his sheath and surrounding area. In all, fifteen growths were removed, and chemo beads were inserted in the various areas. However, the day after surgery, he bit at and pulled out sutures in his inguinal area, leaving a large gaping wound.  We had little choice but to manage the wound and let it heal.  Following the surgery, chemo cream was applied daily.

Magic endured a long post-surgical confinement to keep him quiet and “calm” so he wouldn’t reopen the wound. Today, Magic is a happy healthy boy who is almost completely healed from surgery. Even though humans have failed him in the past, his forgiving heart makes him a joy to care for. Not a day goes by that the volunteers that care for him aren’t glad that we were able to save him. We all recognize and are glad for the a little bit of magic he brought into all of our hearts.

To learn more about the All About Equine Rescue and to see more breath-taking photos, check out their website at www.allaboutequine.org.