Home / Blog / Why Do Cowboy Boots Have Spurs?
Back to List of Topics

Why Do Cowboy Boots Have Spurs? (Plus: History, Types and Tips for Using Spurs) 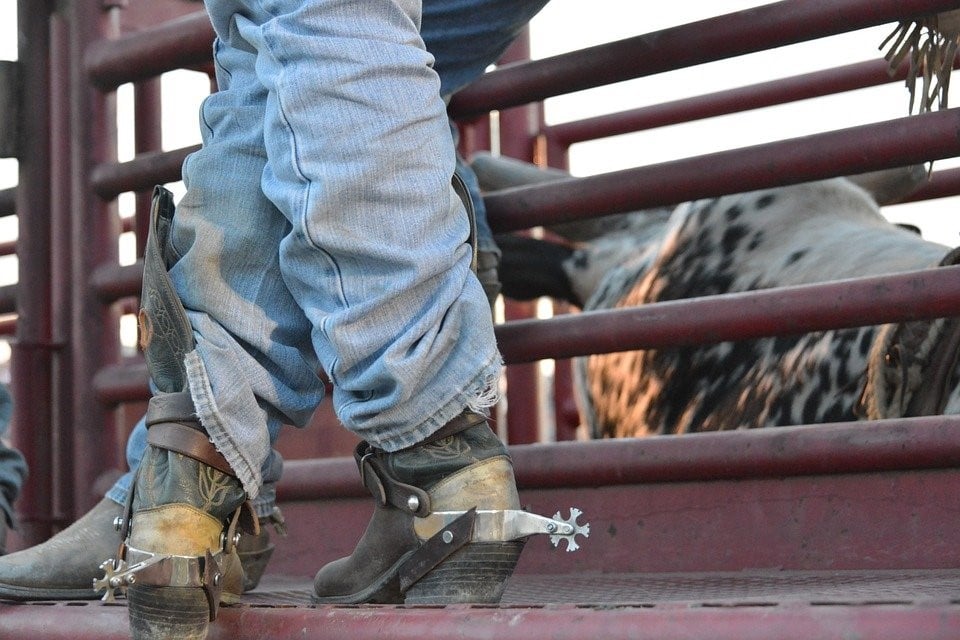 The music whistles in the background as a mean-looking cowboy slowly walks across the dusty earth.  With every step, his spurs jingle to announce his approach…

It’s a scene you’ve probably seen in a million western movies.  But, what’s the deal with spurs on boots?  Why did cowboys wear spurs?  And what applications do spurs have for other riding disciplines?  Read on to find out everything you could want to know about spurs on cowboy boots!

How do spurs on cowboy boots work?

It’s easy to assume that anyone who is wearing spurs on boots is trying to be cruel.  After all, the spiky end looks like it could cut up the horse’s flank.  But really, you can think of spurs as an extension of the rider’s body.

When cowboys are out in the fields tending to their herd, they need to communicate clearly to their horse so they can work together as a team.  Spurs help with this communication.  The same thing holds true for someone like a dressage rider.  These riders also might wear spurs to give very specific signals like asking a horse to move into a canter or asking them to bend away from the spur’s pressure.

The horse’s training also plays a role here.  If you have a very sensitive horse – especially one who has never felt a spur before – they will react very strongly to the pressure of the spur into their side.  That’s why it’s important to introduce spurs slowly to a new horse.  Many horse and rider teams never use spurs because they simply aren’t needed.

Do spurs on boots hurt horses?

Just like with any riding aid, there’s a right way and a wrong way to use spurs. An experienced rider knows how to apply and – more importantly – take away pressure from their spurs so the horse understands what to do.

Think of it like applying pressure and then rewarding good behavior by removing that pressure. The key word here is “pressure” not “pain.”  Spurs shouldn’t ever hurt a horse when used correctly!

Also, experienced riders ride with their leg in the correct position so they don’t accidently apply spur pressure when they don’t intend to. New riders often grip the saddle with the strong muscles on the back sides of their thigh and calf.  This results in an outward pointing toe.  A rider who is positioned like this should not wear spurs because their heels will constantly dig into the horse’s flank.

Instead, riders should learn to grip with the inner muscles of their leg so their toe points more towards the front.  Then, they can choose when to move their spur and heel into the horse’s side and when to remove that pressure.

Unfortunately, some riders do abuse cowboy spurs and use them as a way to punish their horses.  This is absolutely not something we condone. 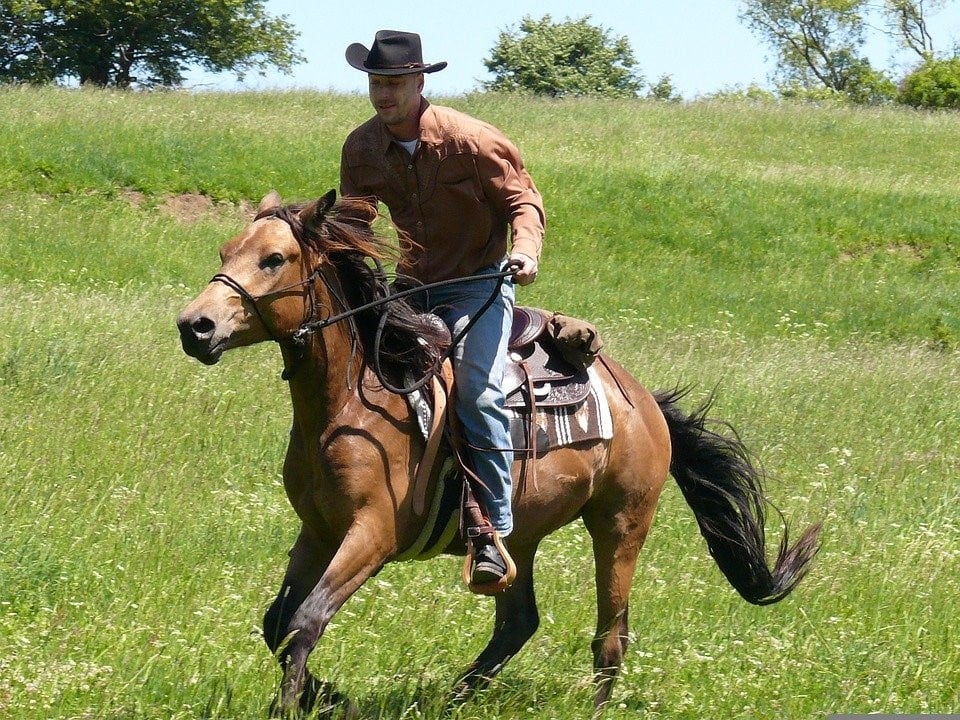 What are the parts of a cowboy spur?

The Western spurs on boots are made of several standard parts: 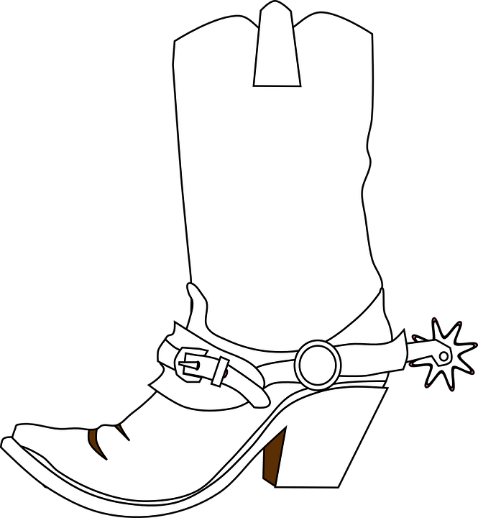 The rowel can come in many different shapes and sizes.  In fact, there are many different types of decorative spurs as well.  Sometimes cowboys would be awarded with fancy new spurs with engravings to celebrate great work.

You also might have noticed that spurs often jingle when a cowboy walks.  In the Old West, “jingle bobs” – little metal charms that attached to the rowel -- were sometimes given to mark a cowboy’s mastery.

Riders also may choose to wear spurs on their boots with a rolling ball or a blunt nub.  Each type of spur serves a slightly different purpose and allows the rider to put different amounts of pressure onto the horse’s side.

Don’t assume that a larger rowel is more severe.  Actually, a larger rowel with a larger surface area and closely spaced spikes can be gentler than a smaller rowel that concentrates pressure on one small area.  Just think of the pressure difference when you dig a pencil’s point into your hand versus when you flip the pencil around and use the blunt eraser end.

Are there different types of cowboy spurs?

The two main categories for spurs are western spurs and eastern spurs.  The eastern spurs usually have smaller rowels and are much less fancy in appearance.  You’ll also notice that older spurs tend to have larger spikes because people were less concerned about animal rights back in the day.

Spurs can be categorized according to function, location, décor, structural layout, shape, and aggression.  For instance, there are different types of spurs for roping, reining, barrel racing, pleasure riding, and dressage.

Can spurs be used on any cowboy boot?

You’ll know if spurs will work with your cowboy boots simply by looking at the rear heel.  A small spur ledge will stick out and provide a resting place for the yoke of the spur.  The same thing holds true if you’re using English riding boots.

You’ll need small leather straps to attach your spurs to your boots.  Make sure the spurs are tight enough to stay put, but not too tight that they are uncomfortable.

Not every rider will need to wear spurs.  If you’re inexperienced or your horse doesn’t need a stronger form of communication, you can leave them off your boots entirely.

What is the history of Western spurs on boots?

Many cowboys wear spurs on their boots to help with their work, but how did this practice first get started?  Believe it or not, spurs have been around since the Iron Age! It turns out that the Romans and Moors were some of the first people to use spurs on their boots.  Over time, the Spanish and Mexicans adopted the practice.  Then, it was only natural for the start of cowboys wearing spurs too. 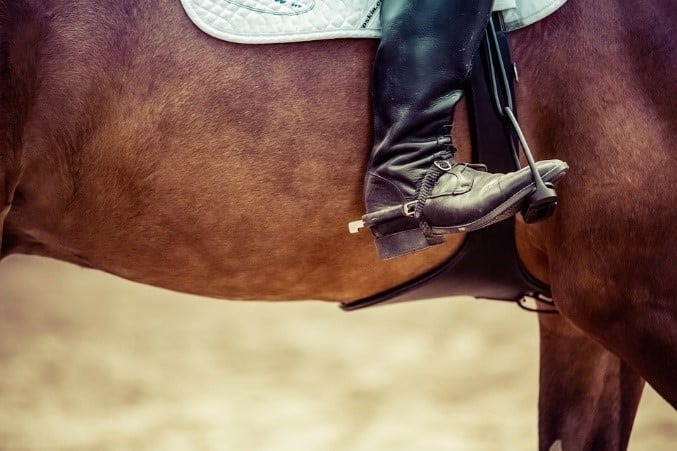 How did a cowboy earn his spurs?

As we mentioned, spurs were often awarded to really great cowboys.  But, these days, the idea of earning your spurs really comes down to riding skill.  An unskilled rider might use spurs incorrectly resulting in horses who will buck, pin back their ears, or act really tense. That’s why it’s important to have the correct leg position and a good understanding of how to properly use spurs as a signally aid.

What kinds of riders use spurs?

Many different kinds of horse riders can use spurs, not just cowboys.  Dressage riders use spurs to provide very precise signals for their horses while doing complicated routines. Hunter-jumpers might use spurs to strengthen a signal when they want to guide their horse through a jump course.

And of course, cowboys use spurs to better communicate with their horses when roping or riding.  In fact, spurs boots are practically a fashion accessory these days.  People like to wear spurs with fancy engravings that have no real purpose.

If you’re not sure which kind of spur is right for your horse and riding discipline, be sure to consult with a professional.  Your riding instructor, coach, or even a more experienced ranch hand can help guide you to the right equipment.

What’s the correct way to use cowboy boots with spurs? 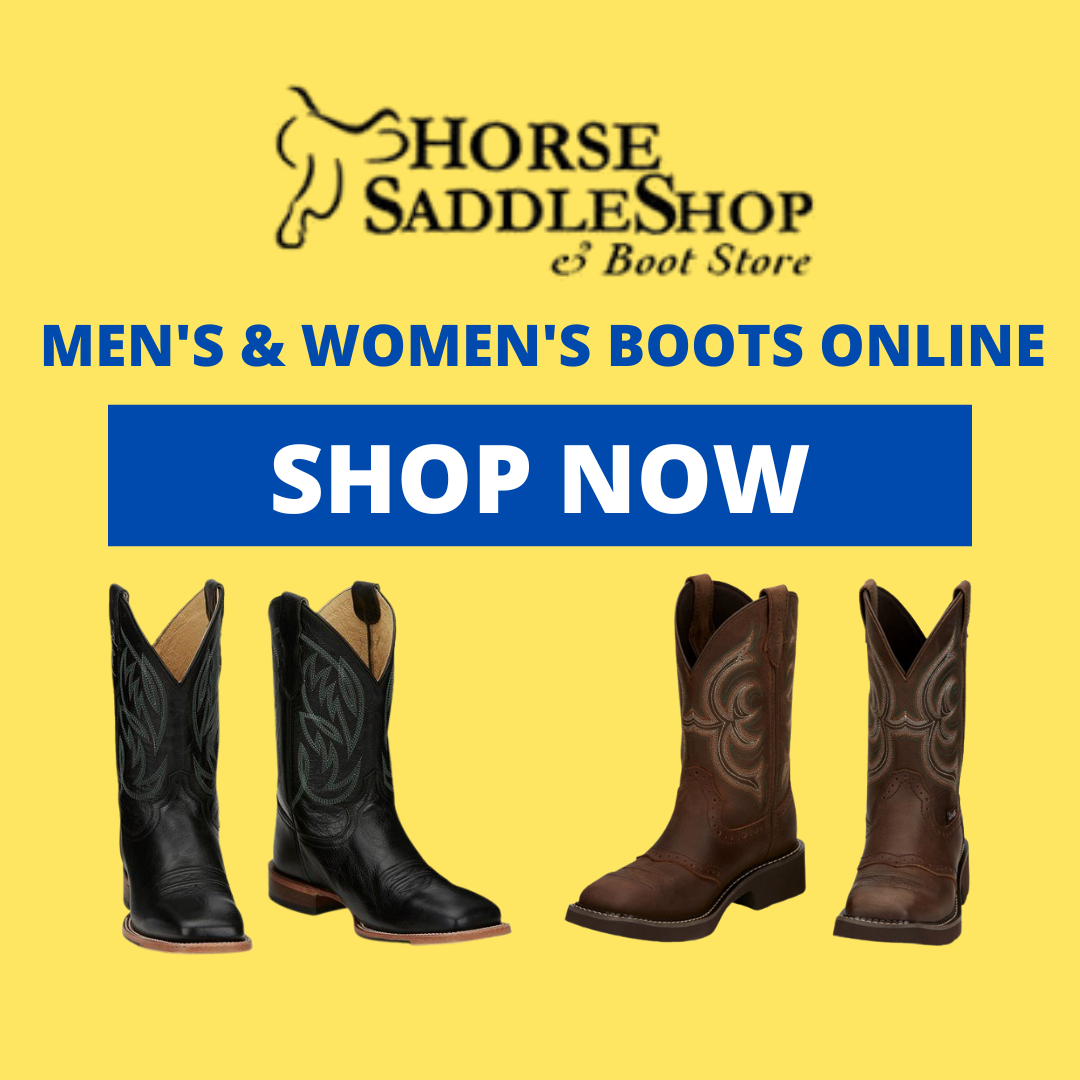 Here are some important tips so you can use cowboy spurs correctly and safely:

Are spurs on boots cruel to horses?

No, spurs on cowboy boots are simply an aid to allow cowboys to communicate with their horses. They should never be used to injure or punish horses. Unfortunately, some riders do use spurs as a weapon to abuse their animals and get a very quick response.

What are cowboy spurs used for?

Spurs boots are an aid that allows the rider to apply pressure to the horse’s side. This signals for them to move faster or in a certain direction.

What is the best kind of cowboy spur?

There are many different kinds of spurs on boots so use the type that works best for your riding discipline. Cowboys might like a long spur with a big spiky rowel. A dressage rider might want a spur with a shorter end that has a roller ball.