L.E.A.N. has saved over sixty horses and donkeys in just five years 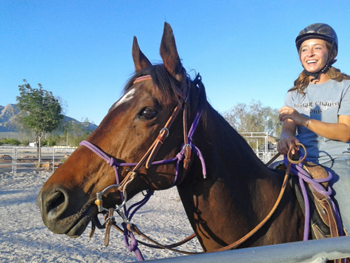 In 2007, a small group of horse-loving individuals began witnessing the effects of the economic collapse on their local equine community. They saw the horses that were being abandoned and neglected due to the foreclosures of the properties on which they lived, resulting in Animal Control stepping in. Unfortunately, because these particular horses were then unowned, they had no advocates to help find them a better life. In early 2012, Local Equine Assistance Network received non-profit status to fill that space.

Under these circumstances, horses are first seized or surrendered from the property, therefore L.E.A.N. works closely with Animal Control and all of their equines come from these agencies. Due to the wide range of equines in the area and the undiscerning nature of bank foreclosures, L.E.A.N. has taken in every type, breed, size and color of equine under the sun..

Many of the animals arrive in poor condition resulting from injuries and/or malnutrition, but the staff at L.E.A.N. is uniquely qualified to handle these difficult cases. Two of the board members at the facility are licensed veterinary technicians, including the President, who serves as Medical Director and is the top technician at the local horse hospital. 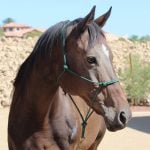 L.E.A.N. has saved over sixty horses and donkeys in just five years. With this kind of success there are many amazing stories, but there is one recovery that sticks out to everyone involved. Truly is a thoroughbred that was raced in California until 2007 and last jockeyed by 2015 Triple Crown winner Victor Espinoza.

However, Truly’s world changed and she arrived at L.E.A.N. after being found on the side of the road on May 17, 2015, having suffered terrible wounds. She had a gaping wound on her shoulder so large a human hand could get lost inside, another on one side of her jaw that revealed multiple breaks in her cheekbone, and lacerations to her fetlock joints. After telling Truly’s story, packages began arriving with donations for her care.

She received medicine, a custom made fly mask, and mesh hoods and shoulder wraps to keep her bandages in place and clean while she healed. She also received acupuncture and weekly massage therapy to help soothe her muscles and break up scar tissue. Although it was not an easy journey, after 21 weeks of treatment she was able to stand square and began light groundwork. L.E.A.N. trainer Katelynn Eddy found Truly to be great under the saddle and in late 2016, Truly found her forever home.

L.E.A.N. functions as an all-foster based rescue and has had hundreds of wonderful volunteers through the years but their work never ends. Visit the website listed below to see how you can help through donations, volunteering, fostering or adoption.